Today's musicals prompt is one which I haven't actually seen (there are some which have escaped me, just not many!) and that's Carousel.  The song is one more associated these days with Liverpool FC so far I'm concerned, but that might just be my Mum's influence!

Victoria has asked who we get the most support from in our lives and how we manage to not feel alone. 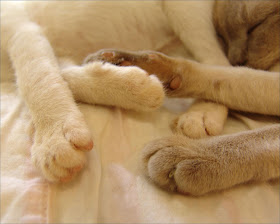 I've spoken in some length before how I get the most support from my husband; I really believe that no-one else in the world knows how my life has changed since migraine came into it and just what it costs me, with respect to not only the pain I go through on an almost daily basis but in all the things I'm not able to do which I'd like to.  If you'd like to read just how much his support means to me then read the letter I've linked to which I wrote to him in June.

I've been lucky enough to get some more daily support since I wrote that letter in June though.  A friend of ours has temporarily moved in with us whilst she sorts out somewhere more permanent to live and as someone who instinctively plays the hostess, I was worried before she moved in that I might find that an extra strain.  I had to consciously force myself to not hostess her when she first moved in and it didn't take her long to understand what I needed in order to try and stay healthy and she quickly started looking after me in the small ways that make a big difference and she realised that if she asks if I need help I always say no so she just does things to help instead, very wise!  This summer would have been much harder without her, so thank you Lali!

My other friends, who don't see what I deal with on a daily basis, are understanding better these days which I think is partly because I made a conscious effort to talk about my migraines more (they're probably sick of hearing about them now) and partly because of this blog which has allowed me to explain things in a much clearer way that I ever would in person.  This means when I have to say no to being able to do things, they understand why and when I have to cancel at the last minute or leave early, they understand why and that understanding makes a big difference.

Lastly, and certainly not least, is the community of fellow migraineurs which I have found online.  I've talked about them before but it's amazing the world of difference it makes being able to talk to other people who really do know exactly what you're feeling, exactly what you're going through.  Not only that aspect as well but being able to talk about different things each of us have tried, what medications our doctors are using, what books we've found helpful; it's something I couldn't get from my GP or even from The Headache Clinic I go to at the hospital.

I feel very lucky to have all of this support and understanding in my life, thank you all.

Migraine Awareness Week is 1-7 September and is dedicated to trying to educate people that Migraine is more than just a headache and to try and raise money for Migraine research.
The Migraine Trust are funding a dedicated migraine research programme - the only programme of its kind in the UK.  They need £130,000 to fully fund their new line of research and one hour of research can be funded by a donation of £35.63.  Please donate to The Migraine Trust if you are able to and hopefully this research could bring us all closer to a cure.